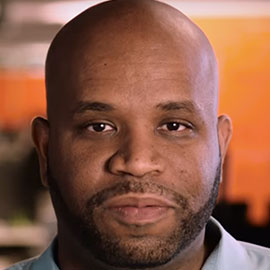 The software testing community has readily embraced AI and ML technologies, with many startups and industry practitioners recognizing its potential to transform test automation. During the last decade, we have seen a new wave of AI-based test automation tools. However, most of the focus has been on functional test automation with some performance benchmarking. But where do we go from here with AI for testing? Join Tariq King as he goes beyond functional test automation with AI. Bots are no longer just doing functional testing, they are testing usability, accessibility, trustworthiness, video streaming, and gameplay. Tariq will walk through how AI is being used to tackle these difficult, real-world testing problems commonly thought of as being impossible to automate.

Tariq King is the Chief Scientist at test.ai, where he leads research and development of their core platform for AI-driven testing. Tariq has over fifteen years’ experience in software engineering and testing and has formerly held positions as Head of Quality, Director of Quality Engineering, Manager of Software Engineering and Test Architect. Tariq holds Ph.D. and M.S. degrees in Computer Science from Florida International University, and a B.S. in Computer Science from Florida Tech. His areas of research are software testing, artificial intelligence, autonomic and cloud computing, model-driven engineering, and computer science education. He has published over 40 research articles in peer-reviewed IEEE and ACM journals, conferences, and workshops, and has been an international keynote speaker at leading software conferences in industry and academia. He is the co-founder of the Artificial Intelligence for Software Testing Association (AISTA) and has contributed multiple projects to the open-source community.